Whether it’s beef, burgers, baps or banter… you can’t get better from a butcher’s shop anywhere. That’s not a bad legacy left by the late Steve McArdle, one of Chirk’s best-loved characters. Read below for an insight into the life and legacy of Steve in this exclusive chat with his loving family.

Running any business, let alone a family business, is an all-consuming task that leaves little time for outside commitments. And so it was that, earlier this year, we happily agreed to meet with Sandra and Mark McArdle at The Venue, Park Hall so our chat could coincide with Mark’s youngest son’s TNS football training. As we begin, Sandra adoringly scoops up her sweet little granddaughter and plonks her onto her lap for a cuddle. It is a delightfully intimate moment.

Mark returns from the bar with a pint for himself and a glass of wine for his mum, and immediately begins to talk movingly about how their strength as a family has seen them through the dark days since Steve’s death in December last year. “When the chips are down, we’re always there for each other and that’s been so important” Mark told us with a melancholy that five months after the death of his much-loved dad he is unable – perhaps unwilling – to disguise. His eyes fill with tears. Sandra squeezes her precious granddaughter a little tighter.

Steve McArdle was in every sense of the word a legend. His commitment to hard work and growing a thriving butcher’s business was legendary, as was his long and successful
42-year marriage to Sandra, so too, his adoration for his family. And indeed, was his banter. A man with a witty quip ever at the ready, a cheery smile, a twinkle in the eye. Steve was diagnosed with cancer in August 2016. After suffering four heart attacks, the first in his early forties, and enduring a multiple heart bypass operation and several stents, you could be forgiven for thinking resilience was his middle name.

Treatment was gruelling and his heart’s ability to cope with it of major concern to his doctors. With typical obduracy, he met his goal to spend Christmas Day with the family he so adored. Just days later, on 28th December 2017, the family announced the devastating news that Steve had succumbed.

The news brought an outpouring of sadness and genuine grief across the community.
Literally hundreds of messages of condolence and moving tributes for a hugely respected and widely admired man appeared on the McArdle’s of Chirk Facebook page.

“We were overwhelmed not just by the sheer volume of messages, over 800 I think, but the huge affection in which he was held,” says Sandra.

“It definitely helped us cope,” adds Mark, who was encouraged to set up a memorial fund for the Severn Hospice so customers and friends could pay tribute to his much-loved dad. 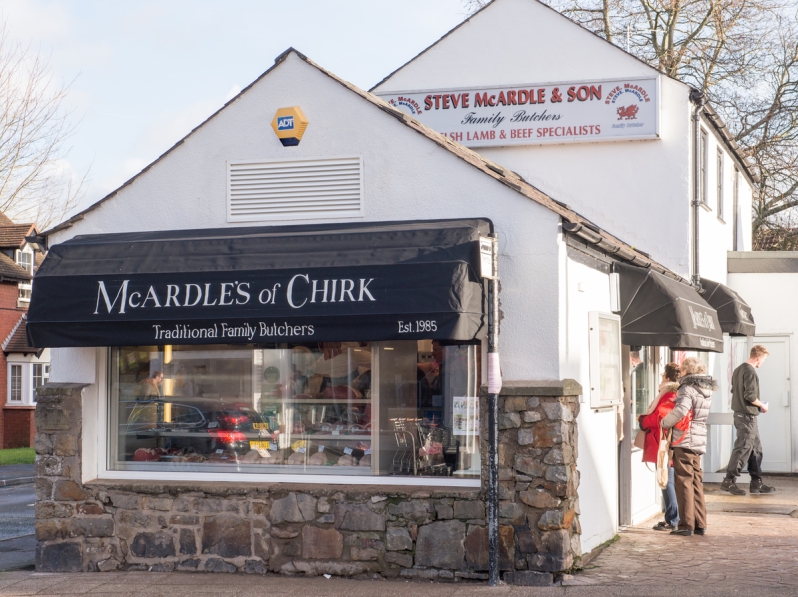 McArdle’s Butchers, in its current location, was established in July 1985, after moving from its first little shop at the end of The Hand Hotel, Chirk, where Steve spent 6 years building relationships with local customers. “That little shop was so small he couldn’t even fit a fridge in,” Sandra chuckles. “Someone would have to run across to the fridge stored at the other end of the car park for anything that wasn’t at the counter.” Sandra has a hugely infectious laugh… well, a cackle, which comes readily.

From the very early days, family was always at the centre of this business. When hiring staff wasn’t financially achievable, Sandra left her job at the village shop in Llanymynech to work alongside Steve… children in tow. She recalls Mark and his younger sister Helen being in high chairs on the other side of the counter and relying on customers to entertain them.

“We couldn’t afford childcare,” she laughs. More giggles ensue when she remembers Mark separating giblets from a turkey aged just 2 years. “Can you imagine that happening these days?” And she throws back her head and lets out that trademark Sandra cackle. 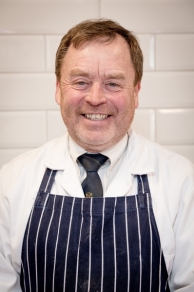 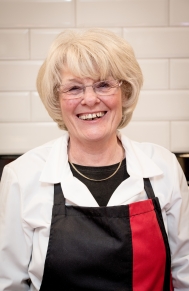 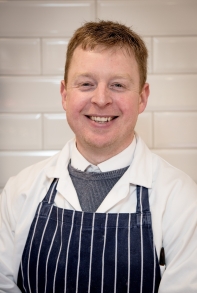 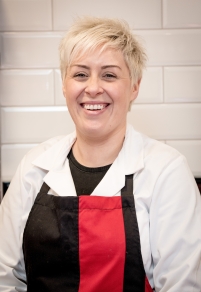 Mark became a Saturday boy at the shop in his teens and attributes those early days to his strong work ethic. “We always knew if we wanted anything, it was up to us to work for it and save up.” Sandra confesses Steve wasn’t at all keen on Mark joining the business and urged him to try his hand at other things. After dabbling in an engineering apprenticeship, that didn’t quite challenge him enough, and a brief flirtation with A-levels, that did, his passion to be fully involved in the family business won the day. 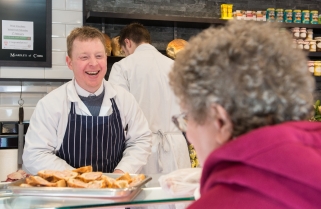 It was in December 1994 that Steve and Sandra eventually welcomed Mark into the business full time. Under his dad’s expert tutelage, it will come as no surprise to the McArdles’ customers that Mark has excelled at every level, demonstrating admirable butchery skills as well as entrepreneurship, and a level of butcher’s banter that truly marks him out as his father’s son.

Winning the Wales Butcher of the Year Award at the Royal Welsh Show in 2016 has been the high point of Mark’s career to date. Sandra reveals how immensely proud Steve was of this accolade and of the hard work both Mark and Helen put in to running a business that stands out for its impeccable customer service and an uncompromising insistence on quality.

Sourcing Welsh meat from local producers is a McArdle’s tradition and anyone who has tasted a leg of Welsh lamb or perfect cut of beef from McArdle’s will tell you it beats hands down anything you will find in a supermarket for flavour and value. All the products in the shop are homemade, from Sandra’s famously delicious meat pies and cakes to the deli-counter’s hot baps.

This authenticity and commitment to quality had always given Steve confidence, despite growing competition from the omnipotent supermarkets over the years. “Steve would always just say to me ‘if we just continue to do our own thing our customers will always come back’,” Sandra says. “He was always confident about retaining customers, and rightly so. They know we can trace exactly the source of our meat, and that’s important to them.”

“We have so many people who’ve remained loyal to us over very many years. It sounds cheesy, but it is a joy to come into work. We have such a laugh with our customers.”

Mark’s mobile phone pings and he beams as he announces his Just Giving page has received another wonderful message with a £30 donation. “That’s £4,361 in the space of four months for the Severn Hospice,” he says proudly. That figure alone speaks volumes about the special, kind, gentle, hard-working, funny guy Steve McArdle was. But it’s the family and the business he has left behind that is Steve’s true legacy

After 30+ years making, baking, serving, skivvying and bringing up two kids, surely Sandra is looking to take life a little easier. I query whether she might think that now is the time to retire with the business in such safe hands. She instantly rebuffs with a hearty “no!”… while simultaneously Mark quips “I bloody hope so!,” eliciting a sharp elbow to the ribs and a “cheeky beggar”, from mum. The pair look at each other and erupt in fits of laughter. It’s a moving little snapshot of the deep affection this delightful mum and son have for each other.

Laughter and hard work are very much what binds this family unit. “We do laugh a lot, we couldn’t have got through these last few months without dad without laughing, but there have been plenty of tears too,” says Mark. “And we can’t continue what Steve started without the fantastic team we have behind us either,” adds Sandra. “They’re all a bit mad like us,” and off she cackles again.

Ten minutes spent in this brilliant butcher’s in Chirk high street is worth the meat price alone. You’re certain to leave smiling.

If you wish to donate to the Severn Hospice fund set up by Steve’s family, you can do so at www.justgiving.com/stevemcardle 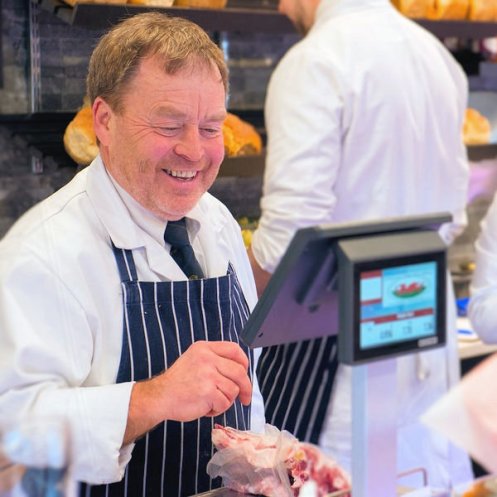 All images by Stonehouse Photography